Apartments near the Tate Modern

In a city as large, cosmopolitan, and multifaceted as London, it is difficult to decide where to stay. With so many attractions and historical sites to see, choosing the best neighbourhood to rent an apartment can be very complicated. However, at Only-apartments we have a recommendation for you. If you like modern art, why not rent an apartment near the Tate Modern gallery? It is not only a place that you can visit several times, and exploit to the maximum if you are close, but because of its strategic location, in this area you will have access to some of the most important attractions of the capital of the United Kingdom.

The Tate Modern not only has a very important historical collection of art, but it is also a true exponent of modern and contemporary art. It is one of the largest museums in the world; its building, an old power station of 35,000 square meters, is really impressive inside and outside, and crossing it is an exciting experience. Another good reason to visit this place is that it is free (except for some temporary exhibitions).

Among many other things, at the Tate Modern you can find works of 20th century European artists such as Georges Braque, Pablo Picasso and Paul Klee. You will find both, permanent collections and many temporal exhibitions, in addition to performances, and contemporary installations of short duration. This museum is so popular among Londoners, summing up a total of about five million visitors each year. 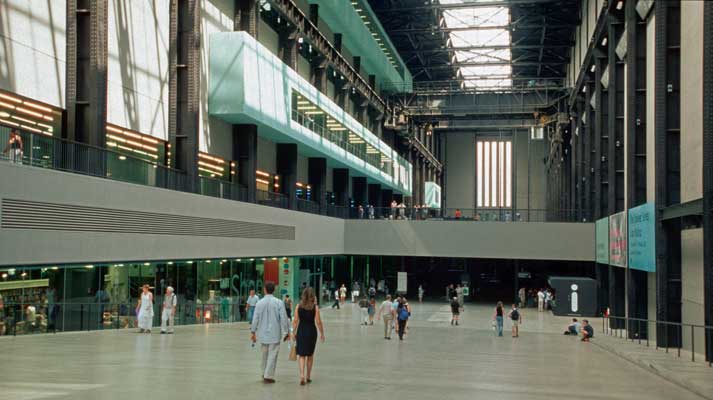 Accommodation near the Tate Modern

London is one of the most active cities in the world, the capital of theatre, art, fashion, music, finance and many other things. It has millions and millions of tourists every year, for which there is a large number of hotels, hostels, bed & breakfast and accommodation of all kinds. If you want to live the London experience to the fullest, with independence and privacy, your best option is to rent an apartment. If you are passionate about art, and culture, and you are going to London with a walk along the Thames in mind, then you should rent an apartment near the Tate Modern gallery. In Only-apartments we have apartments of all shapes and sizes. We have single-room studios, and apartments with one, two or more rooms. Find what best suits your needs! They are all fully furnished and equipped.

Places to visit near the Tate Modern

How to get to the Tate Modern

When you are on an island, it is very normal to get to London by plane. That is why there are many airports that surround the city. However, it is also possible to get there by train from other cities in the United Kingdom, and from Paris.

From Heathrow Airport, to get to the Tate Modern you must take the underground in one of the terminals, and make a change in Gloucester Road, where you must take the District line in towards Upminster and get off at Blackfriars. From there you will have to walk about 10 minutes to get to the museum. This will take you more than an hour. Another option is to get off at Green Park and take the Jubilee line to Southwark, from where you will have to walk a similar distance.

From London City Airport you can take the DLR train and get off at Canning Town, where you must take the underground (Jubilee line to Stanmore) and get off at Southwark, from where you will have to walk for about ten minutes.

From Gatwick Airport you can take the Thameslink train and get off at the Blackfriars station, from where you only have to walk a few minutes (this includes crossing the Thames by one of its bridges) to get to the Tate.

From Luton airport you must take the Thameslink train to Blackfriars station, from where you only have to walk approximately 10 minutes.

From King's Cross station you must take the Thameslink train and get off at the Blackfriars station, from where you will have to walk about 10 minutes to reach this impressive art gallery.