Apartments Close to the Berlin Wall (Checkpoint Charlie): A Historic Stay in Berlin

If you like modern history and you feel particularly interested in everything related to the Cold War, you can not miss the famous "Checkpoint Charlie" that divided West Berlin with East Berlin until 1989. "Checkpoint Charlie" or "Checkpoint C "is the name with which the most emblematic access point between the two areas of the city was known.

From the construction of the Berlin Wall in 1961, and the development and intensification of tensions between Western countries and Soviet countries, Checkpoint Charlie became a sort of symbol of the era and the situation of division that there was in the German capital. After the Cold War and the fall of the Berlin Wall, the site became a tourist attraction. The guardhouse is now housed in the Allied Museum in Berlin-Zehlendorf. The line where the wall that divided the two Germanies was is marked on the cobblestones.

Since the end of World War II, and with the consolidation of the Cold War, the Soviets had to face the departure of a large number of young professionals who emigrated to the Western world. This was one of the main reasons that led to the construction of the Berlin Wall, which prevented people from leaving the communist country. However, some steps were established with checkpoints, such as Checkpoint Charlie at the meeting point of Friedrichstraße, Zimmerstraße and Mauerstraße streets in the Friedrichstadt district. Due to its visibility and importance, this point of passage between the capitalist world and the communist world appears in many films and spy books. 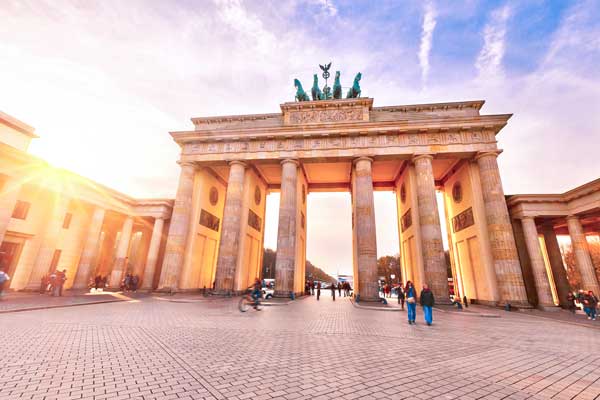 Berlin is, without a doubt, one of the most active cities in Europe. In addition, it has activities for all types of audiences. There are those who visit it for their art, for their historical interest, for their nightlife, for their green spaces, for their political activity, for their great events, and much more. Having been the most notorious division point between the Soviet world and the Western world during the Cold War, Berlin is of special importance to lovers of modern history.

Thanks to the fact that it is a very touristic city,you can find an extremely varied range of accommodation in the city: modern hostels for young people who want to party, luxurious five-star hotels, family B & Bs and much more. However, the best option to live Berlin at your leisure, without depending on other people's schedules or having to share spaces, is to rent an apartment.

In Only-apartments we have a large number of flats, studios and apartments in the Checkpoint Charlie area. From your apartment, you can enjoy tours in the former Soviet zone of the city, as well as everything related to the Berlin Wall and its fall. You can enjoy the true German experience while being in your own place, with the privacy and comfort that your trip deserves.

Places to visit near Berlin´s Wall

The former Checkpoint Charlie border control itself is very interesting, but if you are interested in the history of the Cold War and how it affected Germany, there are many other interesting tourist spots that you can visit.

How to get to Checkpoint Charlie

From Berlin Central Station, you can take the M41 bus and walk about ten minutes; or you can make a combination taking the tram RE2 until Friedrichstraße station and then take the U6 to Tempelhof until Kochstraße, from where you will have to walk less than 100 meters.

From the Berlin-Tegel airport you must take the TXL bus and get off at Unter den Linden / Friedrichstr. Then you should walk about 10 minutes.

From Schönefeld you should take the RE7 to Friedrichstraße station and then take the U6 towards Tempelhof to Kochstraße, from where you must walk less than 100 meters.